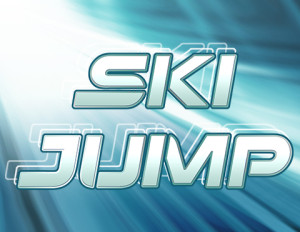 Genesis Gaming has launched an action-packed ski jump slot that has a stack of bonus options and a good return-to-player – but only for players at Mr Green.

As the name suggests, “Ski Jump” is a winter sports-themed video slot that starts in the opening credits with a ski jumper driving to a mountain, which remains in the background throughout the game. As the game starts, players are invited to represent their country before moving onto the Main Event.

During the Main Event, all the symbols displayed on the five reels are related to the ski jump theme. They include ski flags, goggles, ski boots, skis, a helmet, flowers, a medal and gold and silver trophies, but the ones you really want to see appear are the orange ‘Wild’ badges which are only on reels two, three and four and the cowbell – which is the scatter symbol which activates the main bonus features.

In addition to the main features (listed below) the game has just ten fixed paylines and is a “2-Way-Pay” game, so you need to look at the symbols from right-to-left as well as from left-to-right. During any paid spin, random Ski Jumpers may launch from either side of the reels to turn two symbols Wild. If both Ski Jumpers land on the same symbol, it turns into a double Wild to multiple the line win X2.

There are really only two bonus features on Ski Jump in addition to the random Ski Jumpers mentioned above, and both involve the cowbell “scatter” symbol.

When two or more cowbells land anywhere in the window, it will trigger the scatter feature. The reels on which the cowbells have landed remain frozen and the remaining reels will spin again.

If the scatter re-spin feature is triggered by three or more cowbell symbols – or a third cowbell lands during the re-spin – you get to play the Ski Jump game.

The Ski Jump game involves being taken to a screen showing our jumper (who eventually arrived at the top of the mountain) getting ready for his jump.

As the skier starts his descent, you must click your mouse or hit the space bar on your keyboard as the circular meter fills up. This happens twice per run – as the ski jumper takes off at the end of his run and as he (or she) lands.

The closer you get to a full circle, the more you win. You get two attempts to win as much as possible (up to 500x your unit stake) and the feature seems to get triggered fairly frequently, so you should have several opportunities to get some practice in and maximize your winnings!

Our tip is to keep your eye on the meter, and not on the ski jumper! 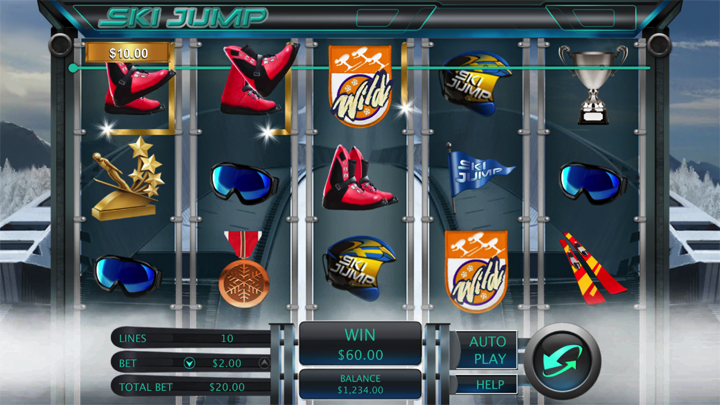 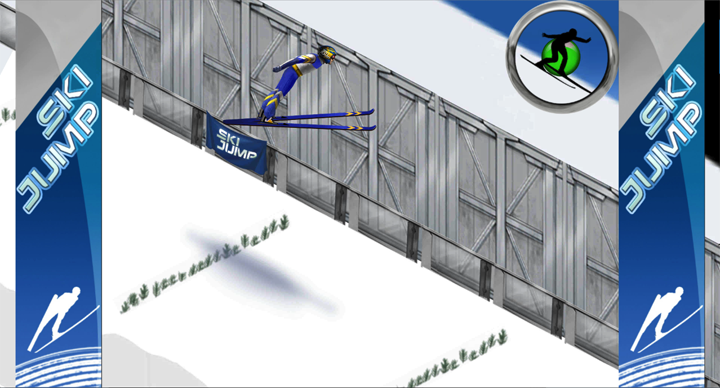 Ski Jump has an advertised return-to-player (RTP) of 96.04%, which is pretty good as video slots of this nature are concerned, but it is only available at Mr Green. If you are not already a registered customer of Mr Green, the site is currently offering ten free spins when you sign up to an account and up to £350.00 in bonuses (or €350.00 if you live in Europe) over your first four deposits.

Hopefully Ski Jump will prove to be a lucrative video slot for you, and you will not have to worry about making more than one deposit. In this case Mr Green will offer you a 100% match bonus on your first deposit up to £100.00 (€100.00), so get over to Mr Green today and test out your ski jumping skills on their exclusive Ski Jump slot.