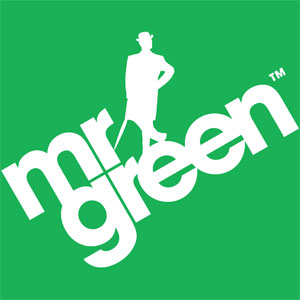 The new Chief Executive Officer of Mr Green – Per Norman – has said that the company will remain focused on European expansion in regulated markets.

Last week it was announced that Per Morgan would replace Mikael Pawlo as the President and Chief Executive Officer of the Mr Green Group following the company´s Annual General Meeting on April 23rd.

Mikael Pawlo was one of the co-founders of Mr Green back in 2007 and oversaw the development of the company branding, the marketing of the Mr Green character and the floatation of the company on the Swedish stock exchange last year.

Although it is likely that Mikael Pawlo will remain on the board of Mr Green, the company will now be driven by Per Norman – who, in a recent interview with the Swedish press, made it clear that he was not going to steer the company away from its current business strategy.

Expansion in Italy and UK on the Cards

At the end of January, the company announced that it would be entering the Italian market following the acquisition of MyBet Italia, and in his interview with the Swedish press Per Norman hinted at further acquisitions to develop the company´s presence in the UK.

Per Norman told reporters that the company will stay particularly focused on expansion in Europe´s regulated markets to reduce its dependence on the Scandinavian markets and that Mr Green will continue to search out new opportunities.

However, Mr Green´s new CEO was at pains to point out that the company´s strategy plan for 2015 has already been prepared and he foresaw no drastic changes during the coming year. In 2013, Mr Green reported a profit of €6.5 million on revenues of €53 million – almost double that of 2012.

New Products on the Horizon

The expansion of Mr Green will be assisted by several new product launches this year – including the long-awaited Pinocchio 3D slot from BetSoft. The first glimpses of the highly playable 5-reel 3D slot were available to attendees of the recent ICE2015 exhibition in London, and the game received fantastic reviews.

The Pinocchio 3D slot is due for release on Mr Green later this month and is expected to make an instant impact on the gaming world. Players can also expect some valuable promotions to coincide with the introduction of the graphically advanced game.

The Pinocchio 3D slot was not the only innovative product on show at the ICE2015 exhibition. BetSoft also revealed previews of two further 3D slots that are scheduled for release on Mr Green later this year, “Rise of the Dragon” and “Money Maker” – the latter being a fantastically themed version of the TV game show, in which the feature allows players to act as the show´s contestants.

You Can Still get a €350 Slots Bonus at Mr Green

Exciting times lay ahead at Mr Green and, if you are not playing at the site already, you should have a look at our Mr Green review which explains why we believe that the site is one of the best locations to play 3D slots and other casino games.

New players are welcomed to Mr Green with a four-stage bonus that has a total value of €350. The great thing about the bonus is that you do not have to commit all your gaming bankroll in one go to take advantage on it:

New players also receive ten free spins on the “LIGHTS” slot and gain access to daily, weekly and seasonable promotions that can significantly enhance the value of your bankroll. You don´t have to wait for European expansion or the introduction of the Pinocchio 3D slot before having a good time at Mr Green – so visit one of the best online casinos on the Internet today!