The Aztecs were one of the great civilizations of the Americas. Today, we mostly associate Aztecs with the great pyramids and other relics that survived into modern times, but they once stretched through most of Central America, amassing wealth and power for hundreds of years. In Aztec Treasures, you’ll get the chance to capture some of that wealth for your own – especially in a few of the extremely lucrative bonus rounds that are hiding deep within this exciting 3D slot machine. 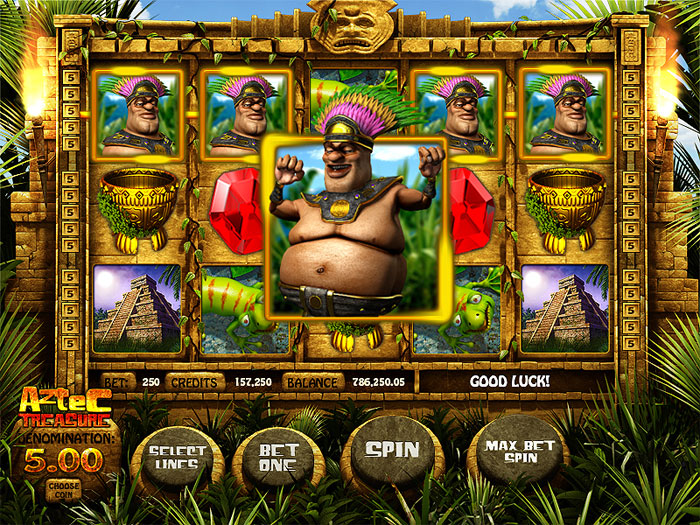 Aztec Treasures is a 3D slot machine from Betsoft. This machine features five reels of symbols and up to thirty paylines, with a maximum of five coins allowed to be wagered per line. The object of the game is to match symbols starting from the left reel and moving towards the right. In order to win a prize, you’ll need to connect at least three of the same symbol, with the biggest prizes awarded when you hit five of a kind on a single payline.

The symbols in this Aztec Treasures are, as you might expect, mostly dealing with Aztecs or treasures. The treasures represent most of the lower-value symbols, while the biggest prizes are attached to the Aztecs themselves.

There are also a number of special symbols that are used to trigger special bonus rounds and other features. For instance, hitting three hut icons will start the Love Hut bonus round. In this game, you’ll take control of the Aztec chief as he tries to woo two Aztec women. You’ll pick between three gifts, and then watch the results! At the end of the game, you’ll get hundreds (or even thousands) of bonus credits.

Another important symbol is the gecko. If you hit three geckos on the same active payline, you’ll instantly be rewarded with free spins. This free spins game actually has a couple of different features that make it especially fun. For one, you can retrigger it during your free spins, which can lead to a massive number of free plays if it happens multiple times. Also, your free spins will always play on all 30 paylines, even if you played as few as a single line on the spin that triggered the game!

One more symbol to look out for is the Aztec Calendar. Three of these symbols on the same active payline will allow you the chance to play a “click me” game. Pick one of the calendars, and you’ll be rewarded with instant credits — up to a maximum prize of 20,000 coins!

There’s also a spear icon that spices things up just a bit whenever it appears anywhere on the reels. This activates a Spear Toss feature in which one of the other icons on the screen will instantly become wild, possibly creating new winning combinations on that spin. Finally, you’ll also want to watch out for the “Kiss Me” combination, which occurs any time the two Aztec women appear with the chief directly between them on the center three reels. This will turn an entire reel wild, greatly improving your odds of scoring some big wins on the next spin!

Theme and Presentation in Aztec Treasures

The name of the game in Aztec Treasures is the ancient Aztec civilization, and the wondrous treasures they collected. The game itself takes place in a pyramid or temple setting – a mysterious building set in the middle of the Central American wilderness. Much of the game actually focuses just as much on the setting as the people or their valuable gems; many of the icons are based on the wildlife in the region, and the background sounds feature flowing rivers and animal sounds, along with a nice “tribal” drum beat.

Aztec Treasures isn’t a game known for its major payouts on the reels during normal play. While some of the bonus games can offer as much as 20,000 credits, the regular symbols have some pretty modest payouts; in fact, most of the symbols in the game offer very similar pays, and the highest value symbol only pays about double what the lowest symbol offers.

However, if you are looking for the best win during the normal course of play, you’ll want to hit the Aztec chief. Five of him will earn you a total of 80 credits per coin wagered – not enough to make you an instant millionaire, but nothing to sneeze at, either.

Our favorite feature in the Aztec Treasure slot machine has to be the Secret Room second screen bonus round. This game is triggered by collecting all three of the colored gem symbols that only appear on the game’s fifth and final reel. Each time you collect one of these symbols, the game will keep track of your progress, meaning that you don’t need to get all three of them at the same time. Once you’ve collected your three gems, you’ll get the chance to play the second screen game, in which you’ll get to raid a secret room in an Aztec pyramid for treasures – which will turn into bonus credits that you can add to your winnings. 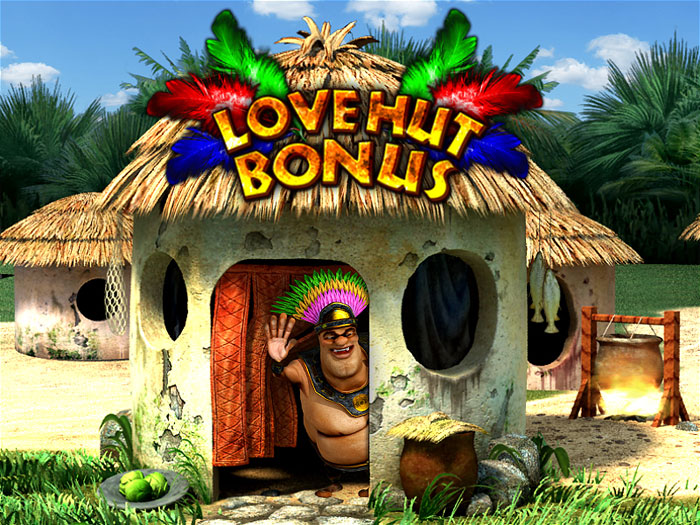