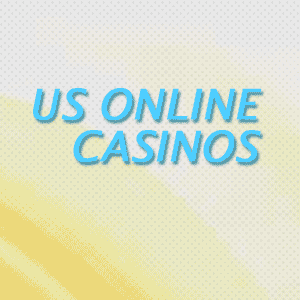 The United States has long been one of the biggest gambling markets in the world, with locations such as Las Vegas and Atlantic City drawing millions of visitors each year. When online gambling began to explode in popularity, USA players became one of the biggest targets for online gambling companies, which saw the combination of a long gambling tradition and a relatively affluent population as a prime target for profits.

For many years, Americans were indeed the leading market for online casino gambling. However, a number of legislative issues and government actions have led to some extreme confusion over the state of online gambling in the USA. While plenty has been written about the topic, much of the information presented has been partially or completely incorrect – especially when it comes to the ability of Americans to gamble online.

Bovada Casino (www.Bovada.lv) is by far the most reputable and safest online casino for USA players who want to play 3D slot machines. They have just began offering 3D slots and already have over 30 of the top games on offer including popular titles like The Slotfather, Slots Angels, and more of the latest games!

Can Americans Play at Online Casinos?

The short answer to this question is yes: Americans can play for real money at many online casinos. While there are plenty of laws restricting online gambling in the United States, and though the federal government has targeted many online gambling sites with indictments, these are all based on laws that are designed to prevent groups from operating online gambling sites inside the United States. These same laws do not largely prohibit US players from gambling on these sites (though the situation for online sports betting is somewhat murkier) – or at the very least, they do not make it a criminal offense to do so. Some local and state laws may differ in this regard, but the vast majority of Americans will not run afoul of any laws by gambling online.

That said, many online gambling companies have decided to act in compliance with US laws by preventing American players from gambling on their sites. This has often been misinterpreted as a sign that Americans cannot gamble online; however, as we mentioned earlier, these are responses to laws targeting the sites themselves, rather than a sign that US players are “blocked” from online gambling.

While we mentioned the fact that USA players can play at some online casinos, that doesn’t mean that there haven’t been some legal issues facing the US online casino market over the last few years. For a long time, there have been prohibitions that prevent Americans from actually running online gambling sites inside the United States. However, this didn’t do much to stop players from playing, since there have long been numerous overseas sites that gladly accepted US players.

The US government attempted to prevent this situation from continuing with the passage of the Unlawful Internet Gambling Enforcement Act. In 2006, this law – known as UIGEA – was passed in order to stop the flow of money to and from online gambling sites. The law made it a crime for sites to offer online gambling to American players. More significantly, it made it illegal for banks and other financial institutions to process payments involving online gambling. This is largely the reason why Americans have fewer options when it comes to making deposits and withdrawals from online casinos than players from other countries.

While some online casinos did drop American players after the UIGEA laws passed, the larger exodus from the USA market came after the “Black Friday” incident in April 2011. The US government targeted several large online poker sites and payment processors for breaking UIGEA laws. In response, many other sites stopped accepting American players on their sites in order to avoid having similar charges levied against them. This left relatively few online casinos in the USA market, though there are still plenty of reputable options for players who want to gamble online.

While the current state of online gambling in the United States might not seem promising, it’s likely that this will change in the next few years. Recently, there has been a substantial push to legalize at least some forms of online gambling at the federal level. The focus on the national debt has only helped bring the issue some added support, as many see the introduction of regulated online gambling – similar to that enjoyed in countries like Italy and France – as a way to increase government revenue without raising taxes.

To be certain, the main focus of these efforts has been the legalization of online poker. Since the casino industry has largely been supportive of these efforts but against larger-scale regulation of online gambling, online poker will probably be the first game to become fully legalized in the USA. However, once the floodgates open, it likely won’t be long before the government begins licensing online casinos as well as an additional revenue stream, once again giving American players a wide range of options for playing online casino games.