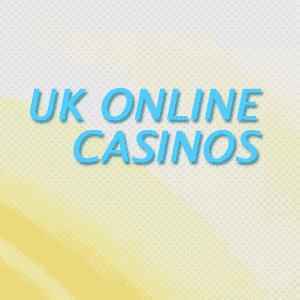 The United Kingdom is one of the best places in the world to live if you enjoy playing at online casinos. There are almost limitless options available to you, and UK law specifically allows both players to gamble online, but for citizens to operate online casinos in the country. Many online casinos are even connected to companies that offer brick-and-mortar gambling services in the UK.

Mr Green (www.MrGreen.com) was launched in 2008 and has rapidly become one of the most popular European casino sites. The casino was first launched in Sweden and has won Sweden’s Best Gaming Site award for the past three years, and their customer services are based in England. At Mr Green you can find almost 200 exciting casino games including the latest 3D slots – and all new players receive a generous welcome bonus and free spins.

The answer to this question is an emphatic yes. Based on several different legal precedents, including the 2005 Gambling Act, it’s clear that both playing at and operating online casinos, poker rooms and other gambling sites is entirely legal.

Given the unambiguous state of online gambling legality in the UK, it should be no surprise that virtually every online casino openly accepts UK players. This also means that UK players can usually take advantage of a wide range of deposit and withdrawal options, since there are no restrictions on financial transactions with gambling sites.

In fact, in some cases, UK players have even more funding options than in other countries with gambling laws that are just as liberal. The presence of “betting shops” throughout the UK gives players a chance to walk up and pay for deposits into their online gambling accounts at sites linked to those shops, which is probably the most convenient deposit method found anywhere in the world.

There are few, if any, legal issues in regards to online casinos in the UK. There’s no reason to expect that any serious attempts will be made to restrict online gambling in the UK or any of the four nations that make up the country. UK players don’t even have to worry about paying taxes on their online gambling winnings; unlike many countries with similar policies, there’s not even an exception for professional gamblers.

The only sites that UK players can’t play on are those that are specifically aimed at other nations, such as the licensed national sites that are used in France and elsewhere. However, even in these instances, there are usually international versions of these same sites available to the rest of the world.

History of Gambling in the UK

Various forms of gambling have been legal in the United Kingdom for most of the last century. Lotteries have been legal to various extents since 1934, while sports betting was first allowed in 1960. While truly commercial casinos were long illegal in the UK, bingo halls were legalized at the same time that sports betting was introduced, and fully-fledged casinos began appearing as early as 1968.

More recently, the Gambling Act of 2005 reformed and updated UK gambling law. Along with adding many protections for problem gamblers and underage gamblers, the new laws allowed larger “resort” casinos to be built throughout the nation. While the first “super-casino” in Manchester was ultimately not built, several smaller casinos have been built in recent years, with more planned in the near future.

Online gambling was largely covered in that same Gambling Act, where it is referred to as “remote gambling” – though that designation also covers gambling over the phone and other similar methods of placing bets. In recent years, increasing numbers of adults throughout the UK have reported gambling online on a regular basis, with more than 10% having reported gambling online within the past four weeks according to some surveys.

As you might expect, the outlook for online casinos in the UK is extremely strong. Players are in no danger of losing their right to play at online gambling sites, and there should be no shortage of operators who are interested in providing services to players there.

If there’s one thing to watch out for in the next few years, it may be the method through which UK players access online casinos. There has been some movement for the UK to modify gambling laws in a way that would require casino sites to acquire a license specifically offered by the UK before being able to operate in the country. This would put the UK’s laws in step with those used in France and Italy, among other countries. This would allow the UK to collect tax revenue from the sites who apply for licenses.

While this wouldn’t be a major issue for UK players, it is possible that some operators might leave the UK market rather than deal with the expense of obtaining a license to run a casino site there. There might also be some interruption of service or a need to reapply for accounts at some sites, depending on how such legislation was crafted. However, this definitely wouldn’t lead to a shortage of UK-friendly online gambling sites, so UK players have no real reason to be concerned.