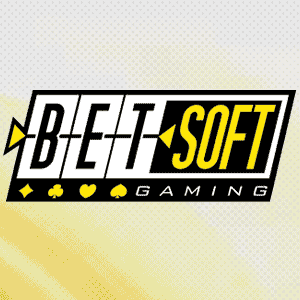 Betsoft Gaming is one of the newest software providers in the online casino industry. While Betsoft has a wide range of customizable games and features that can be utilized by their affiliated casinos, Betsoft is most well-known for one line of games in particular: their 3D Slots. These games are some of the most innovative and attractive slot machines on the market, and have helped Betsoft make their mark on the online gambling world.

Bovada (www.Bovada.lv) have only recently began offering 3D slots from Betsoft Gaming, and their players are very excited to finally have them. Bovada is one of the most trusted USA casinos, offering a wide range of deposit options, great game selection, and a welcome bonus of 100% up to $500 for new players.

The Betsoft 3D slots are an incredible series of games that are among the best slot machines you’ll find anywhere in the world. The 3D slots are remarkable for several reasons. The most obvious is their use of 3D animated graphics that are captivating to behold. These animations pop off the screen every time you win a prize on the reels. In addition, in many of the 3D slots, the games are introduced by animated sequences, and several of the games use these animations to help flesh out their bonus rounds.

But these games stand out for more than just their graphics. The entire presentation of each game is designed to be cinematic in scope, especially when it comes to some of the newer Betsoft games. Along with beautiful graphics, you’ll get to enjoy fully realized characters, dramatic musical scores, and entertaining voice acting, all of which works together to create an immersive and cinematic experience.

Of course, none of the presentation effects are worth anything unless they’re backed up by strong gameplay features. Luckily, Betsoft has paid just as much attention to making their games play well as they have to making them look good, creating a well-rounded slots experience. The games in the 3D slots lines are all five-reel games, usually with 20-30 paylines and the ability for players to play multiple coins per line if they choose to do so. Each game features a range of special features, ranging from simple click me games and free spins to more complex second screen bonus games that will have you interacting with each game’s cast of characters.

One great example is The Slotfather, a game that features a mafia theme. In this game, you’ll find yourself working for a mafia boss and his cronies, all of whom feature in special bonus games. The game begins with a sequence in which the Slotfather himself promises to give players “a jackpot they couldn’t refuse,” and you’ll spend most of your time in the game matching symbols representing members of his gang or other crime-related symbols. There’s even a bonus round that has you putting slots into local businesses on the Slotfather’s behalf, then sitting down to dinner with him and his underlings to be rewarded with your cut.

Most of the 3D slots feature this same attention of detail. These games meld gameplay with presentation to create fun, engaging slots experiences that are truly unlike anything else we’ve seen in online casino play.

Of course, compared to their 3D slots, it would be hard for the rest of Betsoft’s casino games to be quite as spectacular. However, the rest of the casino is solid, and there are really no glaring omissions that should stop someone from playing at a Betsoft casino. For instance, there are a total of ten different blackjack games and variants that all feature crisp, clean gameplay. Four of these games are more or less standard blackjack games – including multi-handed games of American, European, and Single Deck blackjack. Each of these games can be played for up to $100 a hand; for high-stakes players, there’s a singlehanded version that allows for bets of up to $500. In addition, there are six different blackjack variants, including popular games like Spanish Blackjack and Switch Blackjack, along with a few more unique versions of the game, such as Pirate 21.

A number of other card games are also offered, which cover most of the popular table games you’ll find in live casinos. Baccarat, Caribbean Poker (also known as Caribbean Stud), Pai Gow Poker, Three Care Poker and Let it Ride are among the most popular of these games. Other games offered include Red Dog, Casino War and a High/Low game.

Of course, no casino is complete without the true classics. Betsoft casinos feature two different roulette tables (one American, one European), as well as a Craps game that offers up to 3x odds behind the pass line.

We’ve already talked about Betsoft’s 3D slots above, so we won’t dig into those again. However, Betsoft also makes a line of more traditional slots that should appeal to those who are looking for a simpler slots experience. These games – there are about 20 – are evenly split between five-reel games that offer 9-20 different paylines for players to wager on, along with a number of traditional three-reel slots. There are even some very unique games that are outside the standard styles usually seen in casino slots, such as Chase the Cheese, a rare four-reel machine.

While none of these games have the stunning presentational effects that are found in the 3D line, they do offer sharp gameplay; the more advanced games have a host of special features, while the simpler 3-reel games do a great job of capturing the look and feel of traditional mechanical slot machines.

While video poker isn’t one of the points of emphasis at Betsoft casinos, that’s not to say that you can’t find some good versions of popular machines here. Jacks or Better, Deuces Wild, Joker Poker and Bonus Poker can all be found here, along with four other video poker classics. Each of these games offers you the option of playing a variable number of hands, allowing you to play in single hand mode or to play dozens simultaneously.

In addition, there’s a second selection of games known as Pyramid Poker. These games offer some unique ways to win; along with the main five-card hand, you can also score prizes by making three card hands starting from the left or right edges of the screen. Pyramid Poker is a nice variation on normal video poker action, changing both the possibilities for winning and the strategic considerations players need to make.

While Betsoft casinos don’t yet have the selection of additional gambling games that can be found at some online casinos, there are a few other choices worth mentioning. Betsoft has a pretty wide variety of keno games, ranging from the traditional 80-ball keno games to several other versions, including a couple that use just 40 balls. Betsoft has also created a scratch off game (called Skratcherz) that actually contains about a dozen different scratch cards. These games are each unique, and come in denominations ranging from $1 to $5 per ticket.